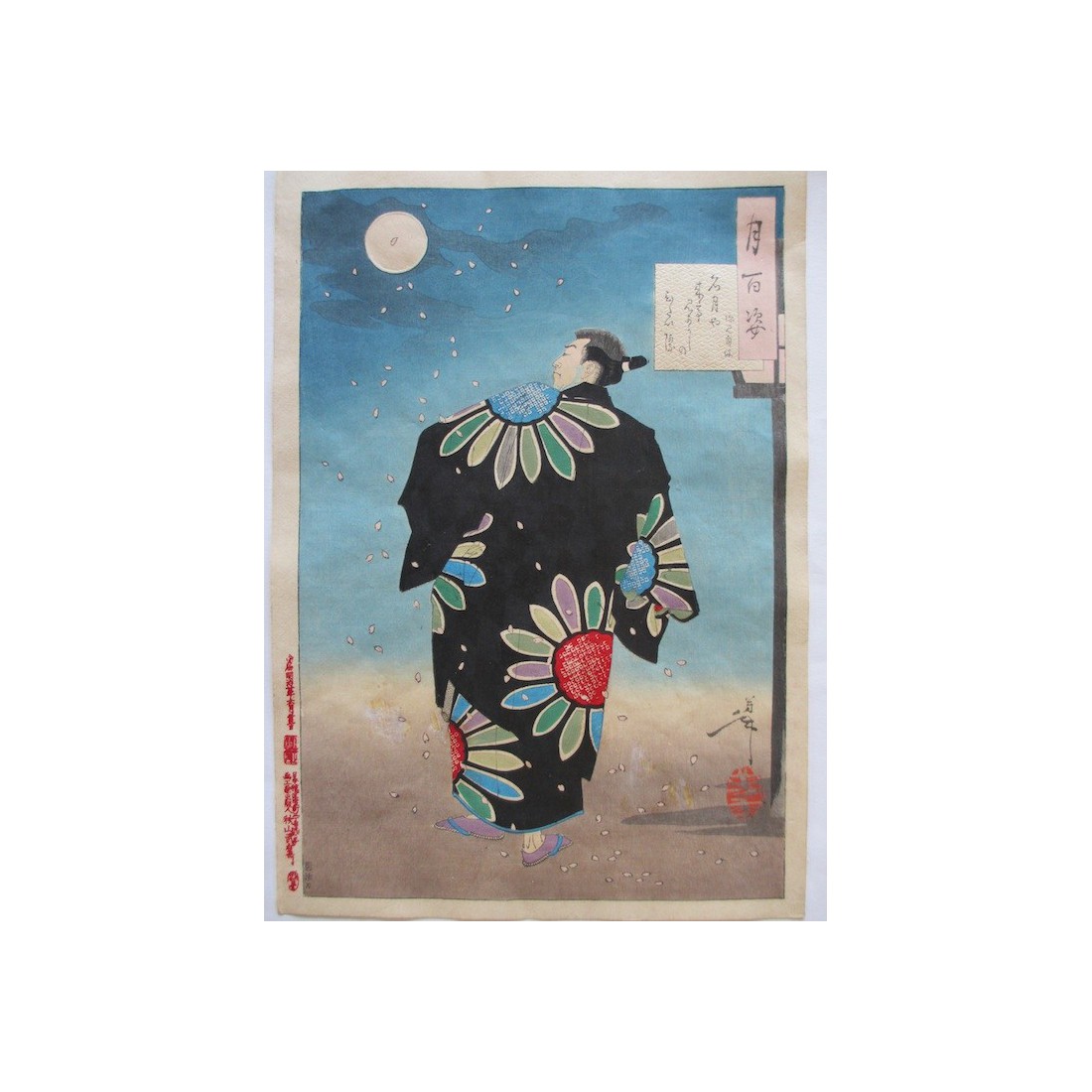 Fukami Jikyu was a samurai whose skills were no longer needed once peace was established under the Tokugawa Shogunate. He joined the Otokodate, groups of able fighters that were gangs of tough ans fearless commoners originally formed to protect ordinary townspeople against the abuses of some lawless low-ranking samurai groups.

Here, Jikyu strolls boldy through the streets of the pleasure district. The poem loosely translates as : "Famous moon,  look at me ! I'm holding the stage".